The MonkMakes Servo for micro:bit board provides a really easy way to attach up to three servomotors to a BBC micro:bit. The board requires a power supply or battery pack to provide 5 or 6V to the servomotors. It includes a voltage regulator that will supply 3V back to the micro:bit, so that you don’t have to power it separately.

If you have one of our Servo Kit for micro:bit products, then you will find more information about that here. This is where you will also finds a getting started guide for this board. 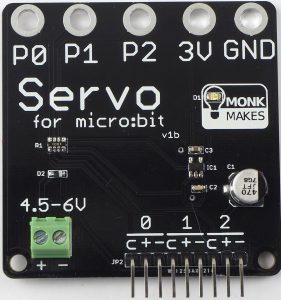 The picture below shows a typical setup using the Servo for micro:bit board.

The following connections have been made:

To check that everything is working, this Blocks code project will get you started. Flash it onto your Servo for micro:bit and the servo arms should all start waggling in a random manner. You can see a video of this in action here. 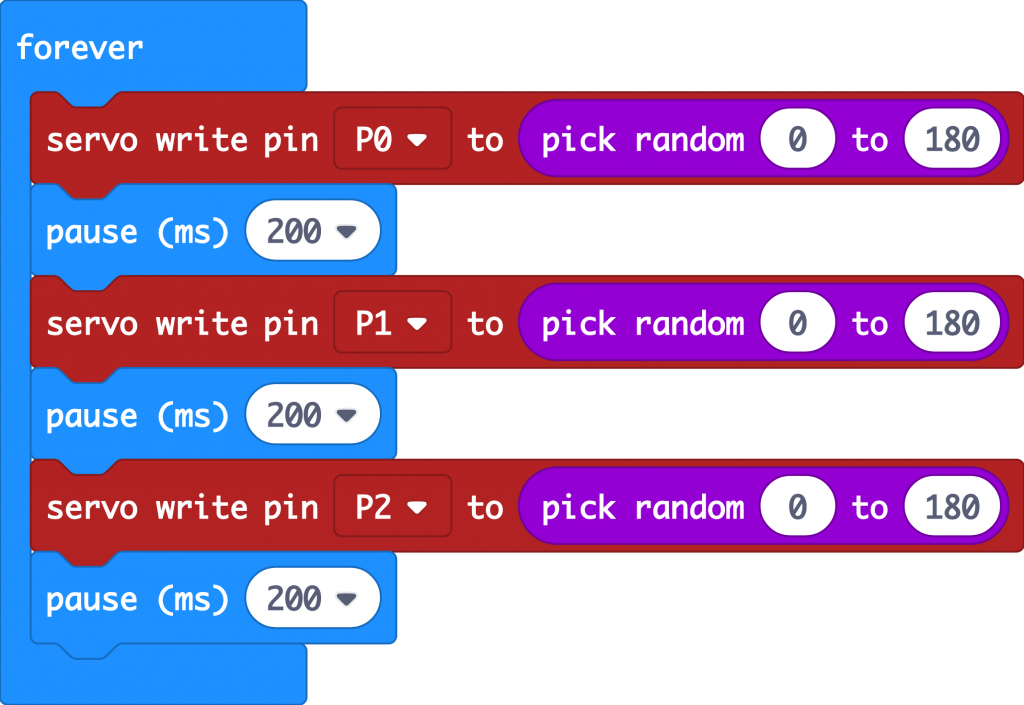 The servo write pin block allows you to set the angle of the servomotor’s arm between 0 and 180 degrees. Note that servomotors, will not usually travel a full 180 degrees so you may find the actual range is more like 10 to 170 degrees.

The following MicroPython example will move the servo one way or another when you press the A and B buttons.